< What Is Whiplash and How Can You Avoid It? - Iron Neck

The 4 Benefits of Iron Neck Training

What Is Whiplash and How Can You Avoid It?

If you have ever had severe neck pain, you know that neck pain can be debilitating. The slightest movement of your head or shoulders is almost impossible. Whiplash injuries are common and very painful, and they can result from several reasons, with the most common being motor vehicle accident-related. Every year, more than a million cases of whiplash injuries are reported in the United States alone. Almost half of this number suffers from the after-effects long after the injury occurred.

What is Whiplash Injury?

This forceful movement contracts and stretches the neck muscles, tendons, discs, and ligaments. When these connective tissues extend beyond their standard limits, they become strained or torn. This leads to painful soft tissue injuries such as Hyperextension or Hyperflexion. A common whiplash injury is sometimes called neck strain. It excludes dislocations or fractures of the cervical spine, head injuries, or unconsciousness.

Late or chronic whiplash syndrome refers to any symptoms that persist six months past the incident or accident. Whiplash injury emerged in 1928 in a lecture by an orthopedist called Crowe.

Before 1928, the condition ‘Railway spine’ described head and neck injuries in people involved in train accidents. Fortunately, whiplash is not fatal but sometimes leads to extended periods of limited disability.

Symptoms of whiplash from a rear-end collision can typically last a couple of months to several years after the accident. Following a treatment plan that consists of medication and exercise or physical therapy can reduce the whiplash injury duration to a few weeks. A severe case of a whiplash injury may lead to chronic pain in the neck and extending to the shoulders. If you leave whiplash untreated, it may lead to further neck injury and effects such as:

To keep such problems at bay, ensure you visit your doctor as soon as a whiplash injury occurs.

The most common signs of whiplash injury include:

In chronic cases of a whiplash injury, symptoms may include: 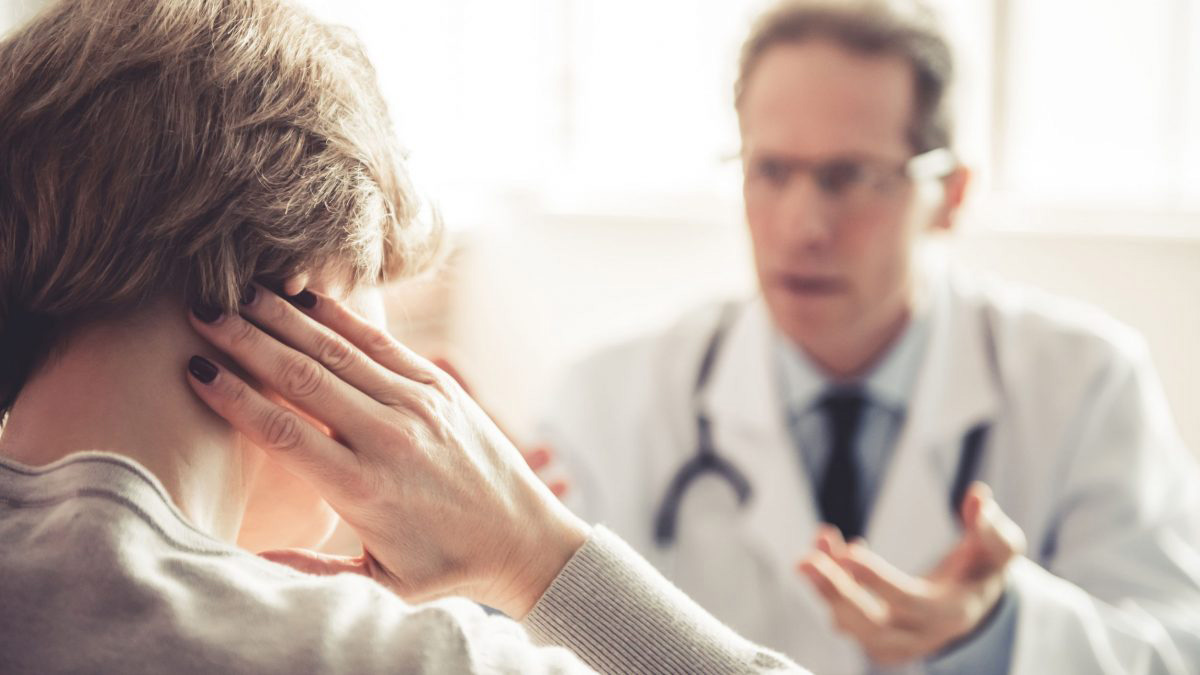 If you experience these symptoms, you need to see a doctor to get a proper diagnosis and appropriate treatment plan. After an accident, the doctor examines the patient to rule out any injuries that require immediate treatment. Based on the examination and exhibited symptoms, the doctor may recommend a cervical collar for extra neck support.

A doctor may recommend neck X-rays to rule out fractures of the neck, head, and other bones in the body. If the X-rays come back standard, and yet you still have neck pains, the doctor may even decide to have you stay with the cervical collar, but ask you to come back in a week for an evaluation. The doctor may choose to ask for further X-rays, and if the doctor is worried about soft tissue injury, he/she may take X-rays with your head leaning both forward and backward. X-rays consist of electromagnetic energy beams that produce images, bones, organs, and internal tissues.

The doctor may then recommend:

Can You Get Whiplash Injury From a Low-Speed Collision?

Most whiplash cases happen due to rear-end collisions. The dynamic nature of the collisions makes the whiplash symptoms from rear-end accidents harrowing. Sometimes, the accident may have been a low-speed collision, and you walk off seemingly unharmed. However, the abrupt nature of the collision where your head snaps back and forth causes the ligaments and soft tissue to stretch beyond their normal limits.

A headache is one of the most common symptoms of whiplash from rear-end collisions, also known as whiplash injury headaches. These headaches are not apparent immediately after the collision, but may appear the next morning, or as late as a week later. The pain emanates from the neck to the back of the head, and you may find that applying heat dissipates the pain. Whiplash headaches are also called neck-related or cervicogenic headaches and, if not treated, can become a problem later on.

If you are an avid sportsperson, you can get whiplash from contact sports such as hockey, soccer, and football, as well as combat sports such as wrestling, brazilian jiu jitsu, muay thai and karate. Whiplash from sports collisions leads to concussions, which are head injuries that can lead to short-term abnormalities in brain functions.

The speed of a collision affects how severe your injuries are. Whiplash injury can occur at either low (5MPH), moderate, or high velocity.

A neck related or cervicogenic headache may arise from an injury to a facet joint, upper cervical disc, or upper joints, namely atlantoaxial or atlantooccipital joints. Cervicogenic headaches exacerbate migraines. Arm heaviness and pain may be from a herniated disc that compresses nerves and is easy for your doctor to diagnose.

Arm pain is mostly ‘referred’ from different parts of the neck. This means the pain is felt in a different part further than the injured areas, but not because of nerve pressure. For instance, pain in between your shoulder blade could be a type of referred pain.

A low back is sometimes a symptom, common after a whiplash accident, and may be because of disc injury, sacroiliac, or facet joints.

Concentration and memory difficulties are linked to pain, mild brain injury, pain medications, or depression. You might experience depression and irritability, coupled with sleep disturbances due to the depression. 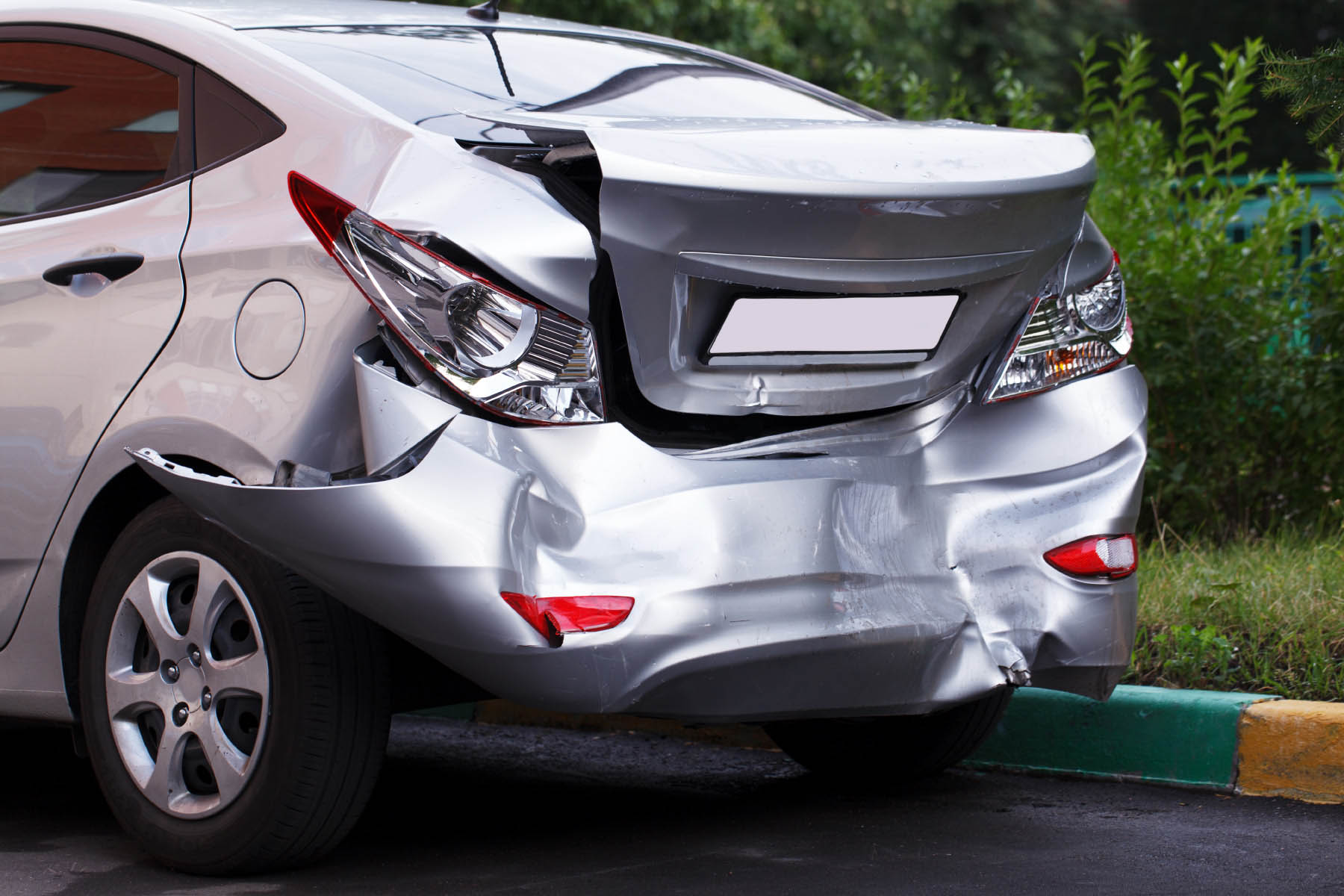 How to Treat Whiplash Injury

There are several ways how to treat whiplash injury:

People who improve after 12 weeks need specialized treatment from spine specialists. Strength training is crucial in developing enough strength to enable you to hold the neck and head at proper postures during both rest and activity.Strengthening your muscles (internal link?) allows you to improve their motion range.

Body mechanics is, in essence, the way the head, neck, torso, and lower back interrelate at rest and during movement. When you train on proper posture, you decrease vertebrae, disc, and muscle stress, allowing any damaged tissue space to heal. Poor body mechanics and posture causes spinal imbalance and a lot of pressure to your neck, which slows down healing.

Medication is crucial for controlling symptoms of a whiplash injury. As much as they do not solve the issue, they are a significant part of the treatment plan. There is no best or specific neck pain medication. The medication choice depends on the neck pain type, the severity, the pain duration, and the patient’s condition. Some examples of medicine often prescribed for chronic neck pain include narcotic (opioid) pain relievers or anti-inflammatory drugs. Your doctor may also prescribe some muscle relaxants. For acute neck pain, antidepressants and opioid analgesics may be prescribed.

Spinal injections may help with specific patients. Injections, just like medication, do not cure. Instead, they are part of a whole treatment plan. Epidural injections administered to the spinal canal provide temporary relief in nerve compression cases where there is arm pain.

Radiofrequency neurotomy (RFN) helps by heating the nerves to prevent them from sending pain signals and helps with facet joint pains. It is useful for at least 9 to eighteen months, then re-administered if necessary. The doctor should only administer this method for chronic pain.

When it comes to chronic neck pain, surgery is rarely necessary. It becomes the last resort when severe pain arises from either one or two discs. If the patient is healthy psychologically, disabled and has not improved with non-operative treatment plans. Surgery happens when there is pressure in the spinal cord or nerve.

Most cases of whiplash injury resolve in three weeks following appropriate treatment. Other remedies include neck stretches that you can carry out with a therapist, or at home. Some simple whiplash therapy exercises that can become more effective withIron Neck training. These exercises include:

Chin Tucks or Protraction-Retraction
These neck exercises stretch your neck and upper back muscles. Squeeze your shoulder blades together and pull your head back slowly while tucking in your chin. When using Iron Neck training, carry out this exercise facing to and away from the anchor point. Iron Neck is equipment designed to strengthen the neck in a safe, controlled and effective manner.

Neck Rotation or Look Left Look Right
Neck exercises that involve rotating movements improve the ability to turn your head without pain and discomfort. Rotate your head slowly to either side until you feel a stretch on the opposite side. Neck training allows you to improve your rotational strength by using smooth, resistance band training around the head. In certainIron Neck models, you can add rotational friction to increase concentric training.

Side Bending / 360 Spin / Diagonals
This neck stretch improves your side-to-side motion. Drop your right ear slowly towards your right shoulder. Repeat this towards the left shoulder. This 360-degree spin isometrically engages all the sides of your neck and helps identify tender spots as you perform clockwise and counterclockwise rotations. Doing a diagonal adds some mobility to the conventional side-bending exercise. For oblique exercises, face to and away from the anchor point, both right and left, engaging either neck side.

How to Sleep With Whiplash Injury

Getting a good night’s sleep with a whiplash injury is not easy. If you cannot sleep from neck pain or shoulder pain, adjust your mattress and pillows to ensure you support your neck in a neutral position that minimizes discomfort.

How To Prevent Sports Whiplash Injury

The best way to prevent whiplash injury from sports is to carry out neck strengthening exercises and using appropriate protective gear, especially during contact sports. The neck absorbs shock from the head to the body, and vice versa, and a stronger neck reduces the amount of force transferred to your head during a whiplash injury. Not all contact sports have in-game protective gear, but if you can take advantage of it when available, the better.

Contact sports cannot be 100% whiplash injury-proof, but adding neck training to your routine can help reduce the risk of injury. The best neck exercises are performed using neck strengthening equipment such as theIron Neck.

Whiplash injury can happen to anyone and occurs typically via rear-end collisions or contact sports. Once you get into a rear-end collision, no matter how low speed, ensure you see a doctor. Whiplash may take hours or days to manifest, and if not taken care of, can lead to severe issues. A doctor will gauge how severe your injury is and treat you accordingly. If the whiplash injury is not very serious, simple exercises like the chin tuck or side bending will take care of your neck mobility issues. As a contact sportsperson, neck-strengthening activities will ensure your neck can take the pressure of continuous jarring.

Iron Neck For Rotator Cuff Rehab: The Neck Is Mightier Than The Sling

Three million people every year have to work through a rotator cuff injury. This year, strength & conditioning coach Joe DeFranco is one of them.

What Are Sciatica and Cervical Stenosis and How Can You Treat Them with Exercise?

It starts simply enough—a twinge of neck pain or bit of numbness in your hands or feet, or perhaps in your back. Then you begin to feel weakness in your arms or legs. Suddenly you wake up one morning to find that you have difficulty walking or balancing. Extreme pain sets in, and pretty soon what began as mere discomfort feels like a nightmare. This is what it’s like to live with untreated sciatica or cervical stenosis.